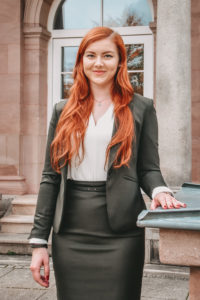 To satisfy her intellectual curiosity, Anabel pursues her master´s degree in physics. Her dedication to knowledge and diligence led her to tap into the realm of international politics and multilateralism in a UN context by becoming a delegate of FAUMUN in 2020/21. During her study year abroad in York, UK, she furthered her expertise by being an active member of the United Nations Association of the University of York. As such, she participated in multiple training conferences as delegate, while also being trained in chairing MUN conferences. Being chosen as chair for the Security Council at YorkMUN 2022, she was involved in the committee´s organization and prepared the background guide on Peacekeeping Missions for the participants. Further, she chaired multiple conferences, such as SecMUN 2021, BayernMUN 2022 and ScotMUN 2022. As FAUMUN Project Director, she is in charge of the overall organization and general concept as well as the planning and implementation of the project, while also handling public relations and content related aspects. By being involved as an active member and partaking in the social media team of the United Nations Society Nuremberg, she will put her proficiency to use by leading the social media marketing of FAUMUN. 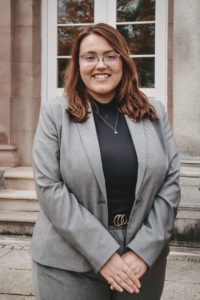 oil, Anastasia has been affiliated with FAUMUN for the last several years. After finishing her bachelor´s degree in theater and media studies at FAU, she currently pursues her master studies in political science. Driven by her devotion for international politics, she joined FAUMUN Blockseminar in 2019/20. Hooked by the experience of indulging in politics in practice instead of theory, she decided to dedicate more of her time to the project by applying to become a delegate during the project year 2020/21 peaking in her participation in NMUN 2022 in New York representing the United Arab Emirates in the Security Council. Beyond honing her skills as a delegate, she developed a predilection for organizing and managing of projects, which she put to use as Head Delegate in 2021/22 and further deepens as Project Manager for the FAUMUN 2022/23 project year. As such, she is in charge of content related matters with a focus on lectureship of the program as well as the organization and management, while also fostering the project´s marketing aspects and the cooperation with partners. Besides her involvement in FAUMUN, she is also an active member in the United Nations Society Nuremberg.